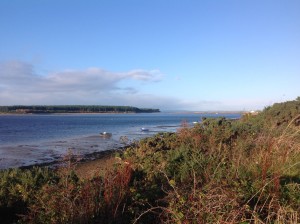 Two recent visits to the Findhorn Bay Local Nature Reserve by Richard Lochhead MSP on 21st January and John Finnie MSP on 5th February have helped to raise the profile of the campaign that is calling for a total ban on shooting in the Findhorn Bay Nature Reserve, with Richard Lochhead declaring the current situation “untenable” and John Finnie supporting a total ban.

There is still much work to be done to achieve a ban, as there are two hurdles to cross. The first is the fact that some key persons are stating that they prefer a byelaw that regulates the shooting rather than a ban. In other words, the way in which they intend to ‘regulate’ shooting will not address the core problems and the current situation will not change significantly. The second is the rolling out of endless excuses by Moray Councillors and civil servants who say that enacting a local byelaw is simple too costly and time consuming to pursue. These excuses have been in abundance since 2005! Budgetary constraints are an issue everywhere of course, but usually, where the political will exists to make something happen, it happens – so money is not really the core issue. This is why local residents need to make it clear that they will no longer tolerate shooting for sport in the Bay and that the Bay and the people living around it should be respected. 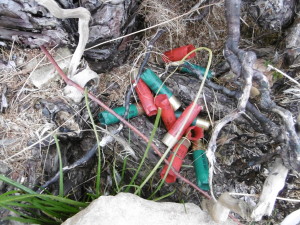 Here is a compilation of the current problems on the Bay, put together by a Kinloss resident who regularly walks in the Southern end of the Nature Reserve, often when the shooting is going on. If this catalogue of misfortune does not clearly show why a ban on shooting is the only sensible way forward, we are not sure what will…?

Two of our local Ward 8 Councillors, George Alexander and Aaron McLean, sit on the Moray Council Committee that will make the decision on 8th March whether to:-

So if you want to see change, it is very important to let Mr Alexander and Mr McLean  know in writing how you feel about the shooting. 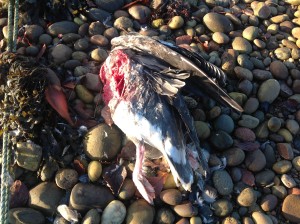 Supporting the continuation of shooting with a shooting permit system could easily result in no change to the status quo. The usefulness or otherwise of such a permit system would depend entirely on where shooters are allowed to shoot, how many shooters are allowed at any given time, how many days per week they are allowed to shoot, and at what times of day. In the current proposal the possibility to restrict shooting to certain times and areas is ruled out and there will be no limit on the number of local shooters per day. Furthermore, with a shooting permit system there is no way to ensure the competence of any shooter who applies for a permit. Hence, there could easily be a continuation of the current incompetent shooting practices. These inexcusable activities are resulting in many injured and dying geese and goose carcasses being found around Findhorn Bay and in local neighbourhoods, not to mention a lot of noise disturbance to local people.

Anyone who has seen the 13th November proposal for a shooting permit system, submitted by the current Chair of the Findhorn Bay LNR Management Committee to Moray Council, will realise that his commitment is to support the minority wildfowling community, by maintaining the status quo as far as possible. This is not going to be acceptable to the non-shooting majority of users of the Nature Reserve, and it certainly will not be acceptable to the 800+ IV36 residents who signed the petition demanding a total ban on shooting! 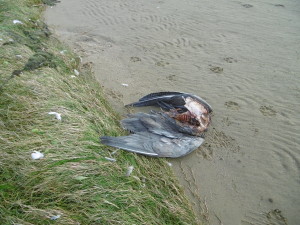 Must a minority ‘sport’ be tolerated in a Nature Reserve, when it has such a negative impact on other potential Nature Reserve users and on the wildlife that lives there, purely because it has been happening for generations? This is one of the arguments levelled by the pro-shooters, and even by some leaders, but it is a flawed argument of course. We could cite many things that were done for generations, but which are outlawed today. As an example, it would be inconceivable for a right-thinking person to say that domestic violence should be tolerated simply because it has been ‘practiced for generations’.

We hope and trust that our local Councillors will do the right thing for Findhorn Bay.